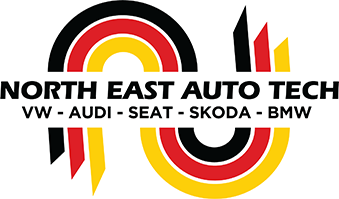 Introduction of E10 petrol across the UK

I’m sure everyone has heard by now about the introduction of E10 petrol across the UK. But how does it affect your vehicle, the environment and most importantly what can you do to help your petrol vehicle keep in good condition!

Current petrol grades in the UK contain up to 5% bioethanol. The new percentage of bioethanol has increased to 10%. It’s estimated that the greener fuel could reduce CO2 emissions by 750,000 tonnes per year. This will help massively to reduce the effect of climate change than at the current rate. It is the equivalent of taking 350,000 cars of todays roads! The E10 blend is already used in other countries such as Belgium, Finland, France and Germany.

However its not all sunshine and roses. There could be as many as 600,000 cars which aren’t compatible with the new grade of petrol due to a number of reasons.

How to check if your vehicle is compatible?

You can check if your vehicle is compatible by using the online fuel checker here. Drivers are advised to contact the manufacturers for their specific vehicle. That is, if there are any questions surrounding which fuel is to be used. If you put E10 fuel in an incompatible car it will still run, you are advised to then fill up with the E5 fuel when you next can. Most petrol stations will have both fuel available however in rural areas you may just get one or the other. If you continue to put E10 in your non-compatible car then over time (especially in classic cars) the seals, plastics and metals will be damaged due to the corrosive properties of bioethanol. E10 is hygroscopic, meaning it absorbs water from the atmosphere. This can lead to condensation and corrosion of the fuel tank if unused for periods of time.

Unfortunately those with cars compatible to use E10 fuel may see a decrease in performance too. They may get fewer miles to the gallon due to it containing double the percentage of ethanol. You may see a reduction of around 1%, but it is unlikely to be noticeable in everyday driving. It looks as though those drivers who have no choice but to use super unleaded E5 petrol will be paying through the nose, as it’s averaging around 147p a litre – that’s 12p more expensive than the current UK average for standard unleaded. This will quickly mount up for anyone who has to drive a lot of miles to get to work every week. It’s also probably the case that many of those driving older cars will already be from lower income backgrounds, so they will end up being even worse off.

So what can help your vehicle using E10 fuel?

We sell Liqui Moly E10 fuel additive in the workshop and on the VAG performance website. Additives are like vitamins for your car, they aren’t necessary, but they will improve the vehicles running over time. It is an Ash-free fuel additive for improving combustion and faster acceleration in partial load range. It is specially developed to compensate loss of performance from E10 fuel and improves the vehicle acceleration and smoothness. This product protects against the higher water content in E10 fuel. You can purchase direct here.

Ultimately we all care about the environment and little changes we can make to counteract the rate of climate change, but how does this affect you? What are your thoughts on the E10 fuel?

Read more about the E10 fuel in a blog by Liqui Moly here!

Introduction of E10 petrol across the UK

Contact us today to discuss your requirements with one of our team.

Follow North East Auto Tech online and keep up to date with our latest news and special offers.

Scroll Back To Top